Yes, it's here! At last! Because YOU demanded it! 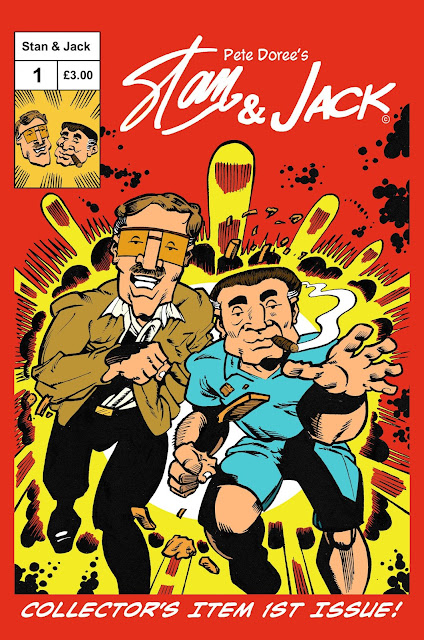 And as proof, here's Dave himself with his very own copy in his hot little hands! 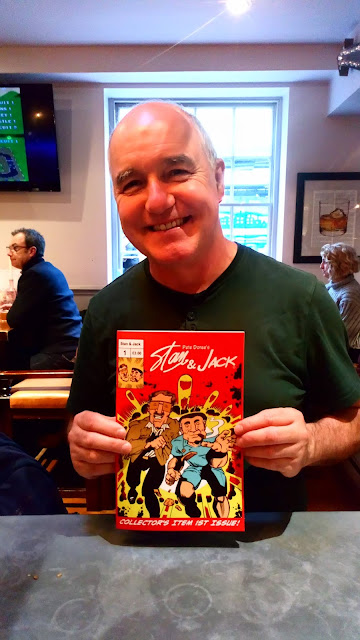 What's that, pilgrims? Where can you get your OWN cavortin' copy? Nothing could be simpler! Just hie thee over to https://petedoree.bigcartel.com effendi's! And tell 'em Irving Forbush sent you!
( Phew... It's exhasting talking like Stan all the time! ) 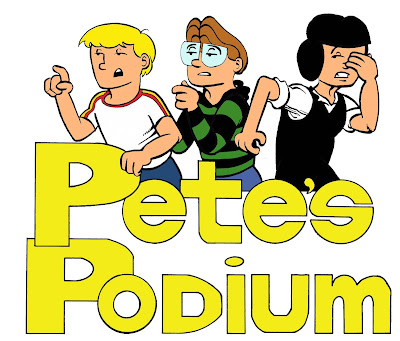 Let's talk original art. I follow Jimmy Palmiotti on the ol' twitter, and yesterday he put up some pieces he owns, with the invitation for everybody else to do likewise.
So I responded with these ( which some of you may've seen before on the other blog ): 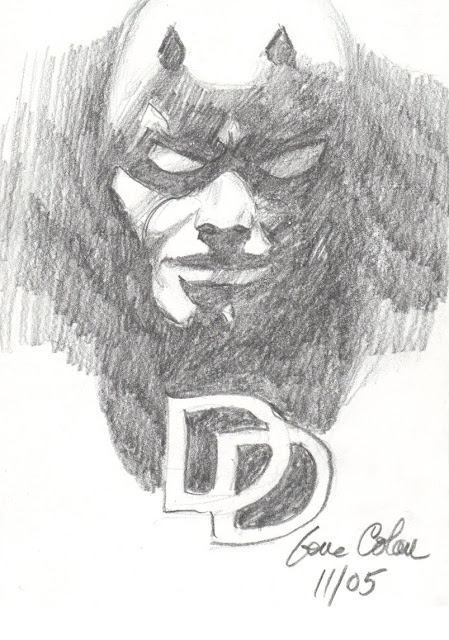 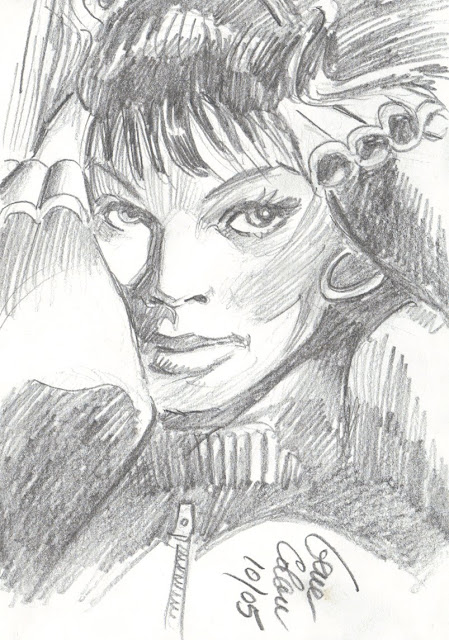 Back in 2005, the late great Gene Colan was selling the Twomorrows produced biography Secrets In The Shadows on his website, along with a compedium  / best bits book called The Gene Colan Annual.
The deal was, if you bought both books direct from Gene, he would do you two FREE headshots of any character you wanted!!!
And as you can see, I chose Matt & Nat, their short run together being one of my favourites of the Bronze Age.

Now, as you'd expect, Sean owns a bit of original art, mostly John M. Burns ( natch ) but a few other bits and pieces as well.
I actually don't know if I'd want original pages ( if I could even afford them ), but one-off masterpieces like the two above? Hell, yeah.
So what about you lot? Got any original art? What about those Artist's Editions? I've never indulged, basically because after the initial 'gosh wow' moment, I don't know how many times I'd ever go back to them. Have you got any?
Original art. Tell us all.
Posted by pete doree at 9:25 AM

pete doree
Hi, I'm Pete Doree. I'm a cartoonist & lifelong comic fan. Remember when comics were the most important thing in your life? Wait, they still are? You'll fit right in... 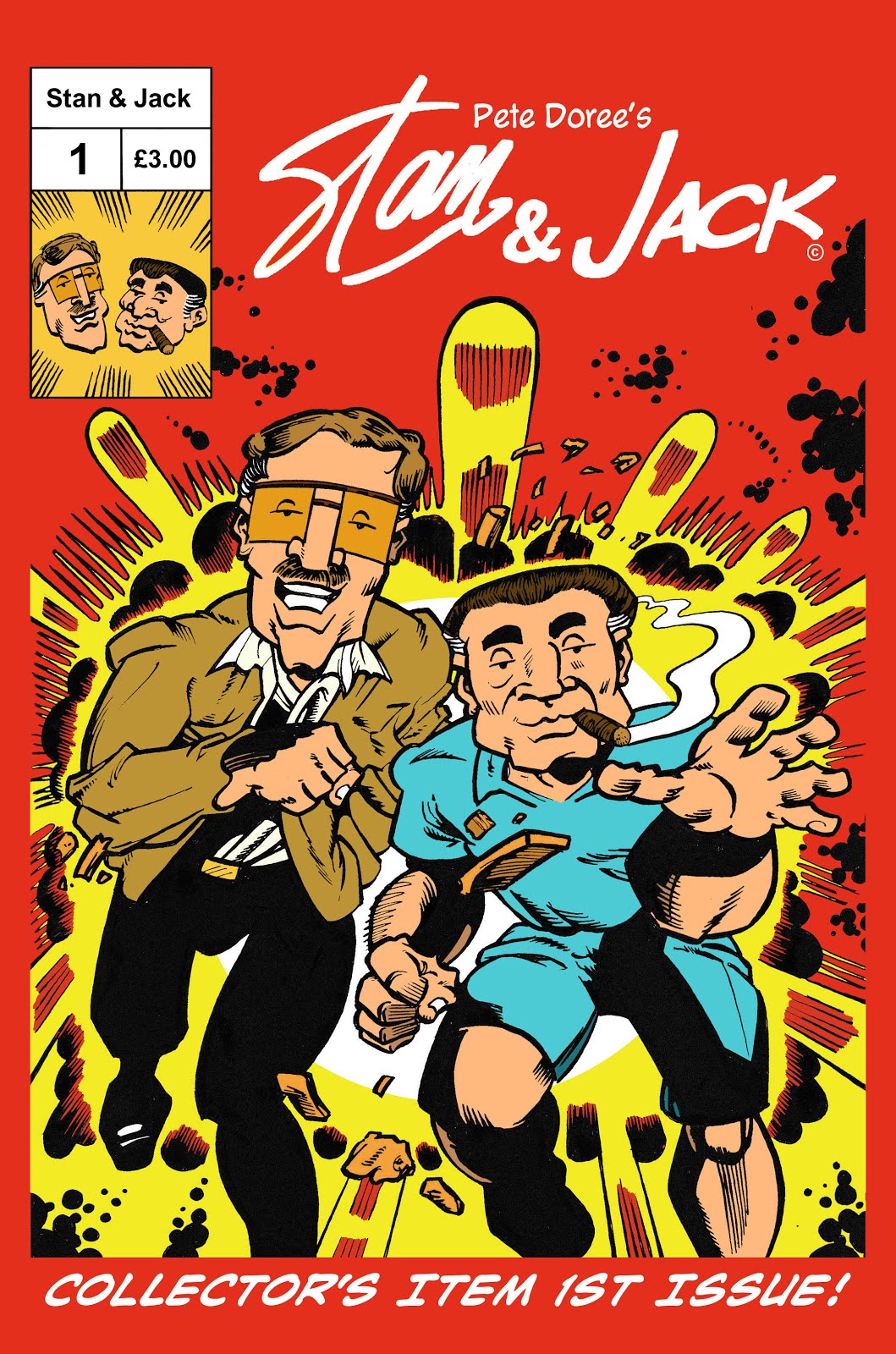 The Kids From Rec. Road And Stan & Jack

Back in the 1970's, me & my best friends Sean Phillips & David Holman loved comics so much we did our own comic strips, all about ourselves and all the characters we loved. Well, we're doing it again, and this time you're invited! I also do a comic about two guys you just might know... Stan Lee & Jack Kirby!